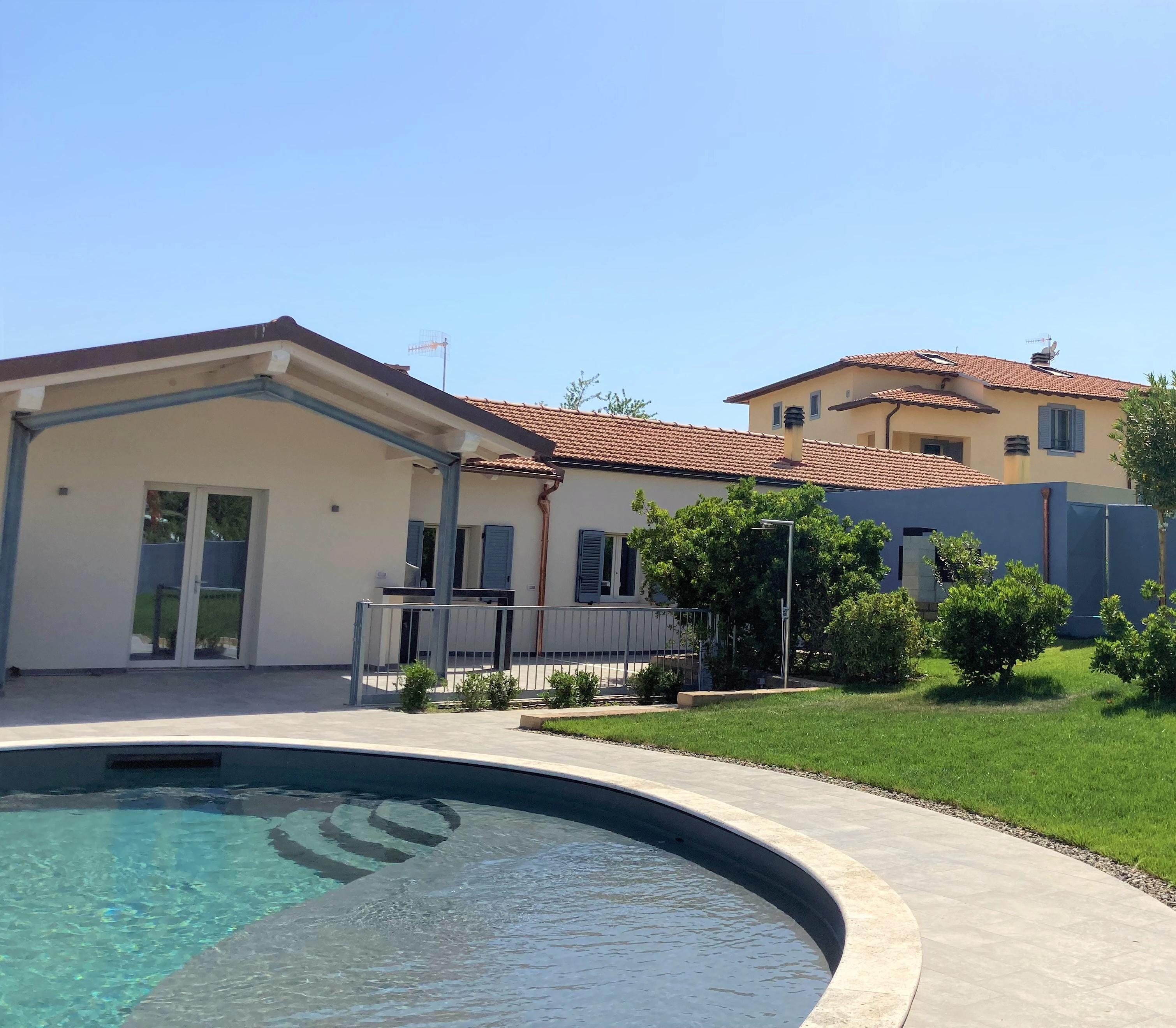 Located in the old stables of the Villa Ambretta, the Villa Ombrone has been entirely refurbished in 2021. It is 160m², and its terraces and garden open onto the majestic scenery of the Ombrone valley. Powered by solar energy, equipped with a heating and/or cooling system through a heat pump, with a heated pool (which can be secured for children), it allows guests to enjoy a comfortable stay year-long. It also features a large living room with a chimney, a small private gym/fitness area with a sauna and an office with a fast internet connection.

Cultivated traditionally, our olive trees thrive on slopy grounds, naturally rich in minerals, which give our olive oil its authentic taste.

Our commitment to art: the foundation

The aims of the Villa Ambretta Arte Foundation are to welcome artists through a residency programme, and to promote artistic and cultural activities in Tuscany and beyond. 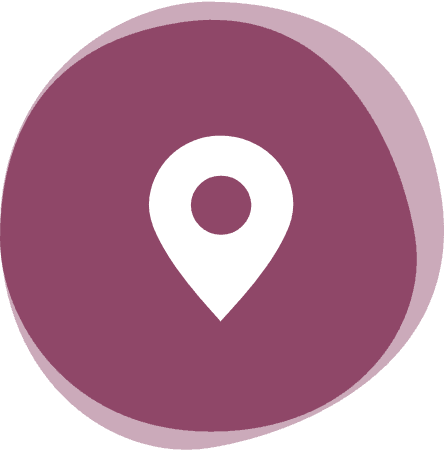 Between Siena and the sea, at the heart of Etruscan land, the Villa Ambretta is very easy to access: it is a two-hour drive away from the airports of Pisa, Florence and Rome, and 15 minutes away from Grosseto. 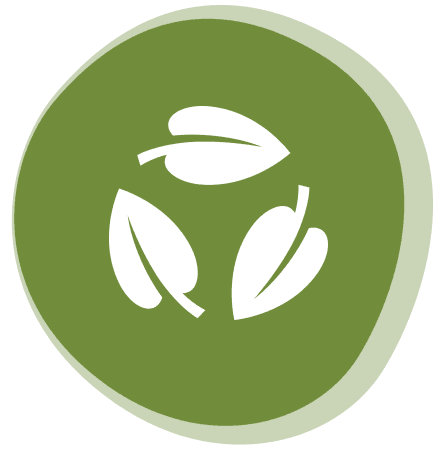 Our commitment to sustainability

During three thousand years, since Etruscan time, the inhabitants of the region have fostered a symbiotic and respectful relationship with the land, which we honour every day through various comitments. 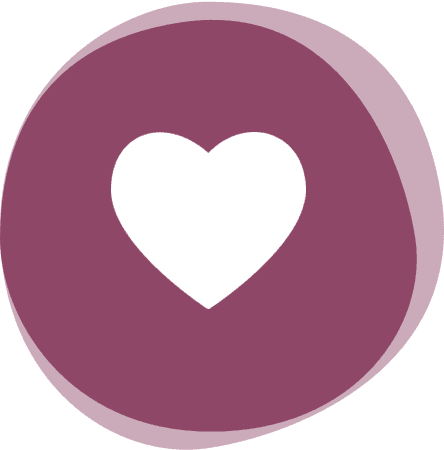 We passionately love this Tuscan region called Maremma, and we will be delighted to help you get to know it by sharing a few of our favourite spots: a nice restaurant, a beautiful beach, an interesting museum, a medieval village with empty streets...

As surprising as it may seem, bitterness is one of the taste qualities of olive oil. At first glance, bitter flavours tend to be associated with what we want to discard. Young children reject bitter-tasting foods, preferring sweeter things. Even animals tend to stay away from plants with bitter flavors.

“We have to start picking the olives. Without delay” said Andrea, our agronomist, one day after having visited our olive groves.

We all feel a little excited. Of course, we had been waiting for this moment for several weeks. We had prepared the olive groves: trimmed the grass and removed the branches at the bottom of the trees to be able to spread the nets correctly. Nevertheless, we were impatiently looking forward to this moment.

The tradition of the Palio is alive in Tuscany, not only in Siena but also in many medieval villages. The Palio of Campagnatico, a few kilometers away from Villa Ambretta, is held every year in September along the thousand-year-old walls.

Behind the folklore of the race in which several riders compete, each representing a district of the city, there is the life of the Contrada. Originally, the Contrada was a neighborhood that had to provide and maintain a company of soldiers for the defense of the city. Each Contrada had its coat of arms, its colours, its costumes, its symbol, its hymn and a place where the members met. 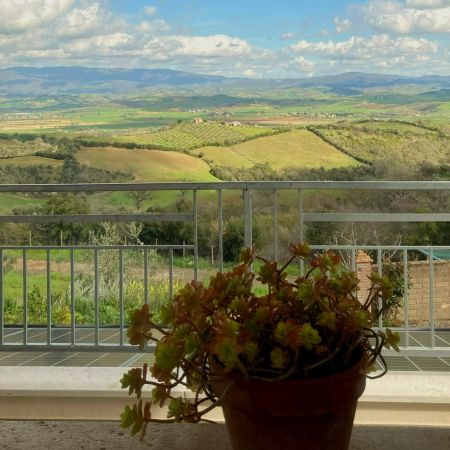 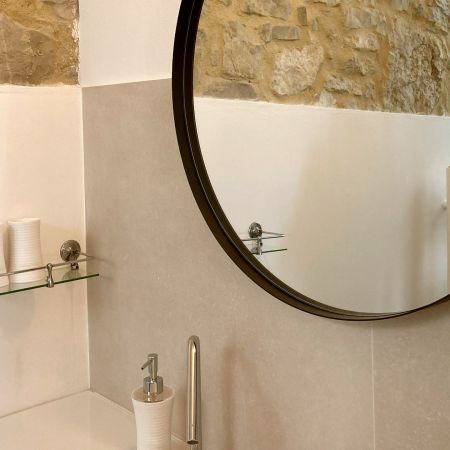 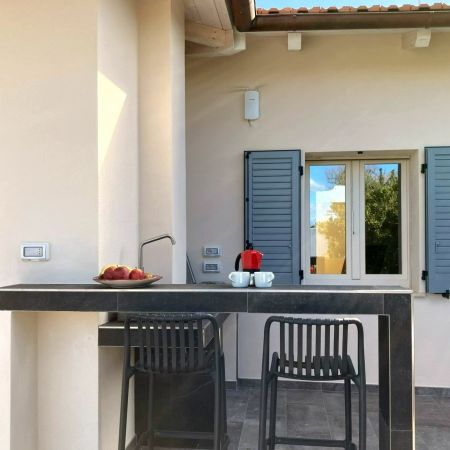